Day 3 of the NFL Draft brought plenty of rain, but also plenty of picks. The final four rounds were held in Selection Square, located in NFL Draft Town in Grant Park. There, crowds braved the elements to hear more names called and see teams welcome their new additions.

Two former Northwestern players were picked up today. Defensive end Dean Lowry heard his name called by the Green Bay Packers in round four, while the Tampa Bay Buccaneers welcomed fullback Danny Vitale  in round six.

END_OF_DOCUMENT_TOKEN_TO_BE_REPLACED 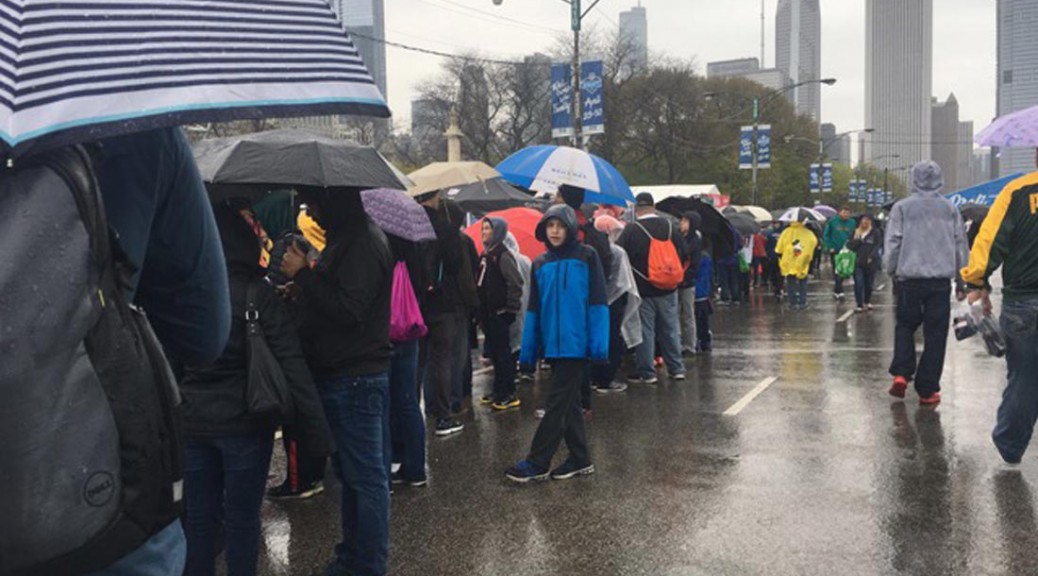 Lisa Nelson loves Chicago, and she loves football. So when the NFL Draft came to the city starting in 2015, the La Grange resident and lifelong Green Bay Packers fan was thrilled. Nelson and her family have enjoyed attending Draft Town with her family to meet former and current players, spend time around other football fans, and watch the final rounds these last two years.

She can’t understand why the NFL will probably move the event in 2017, saying Chicago has done so well as host.

“I was hoping this was going to be its home,” she said as she waited to watch her children run the 40-yard dash. “It’s a good, central location, and people are passionate about sports here.” END_OF_DOCUMENT_TOKEN_TO_BE_REPLACED 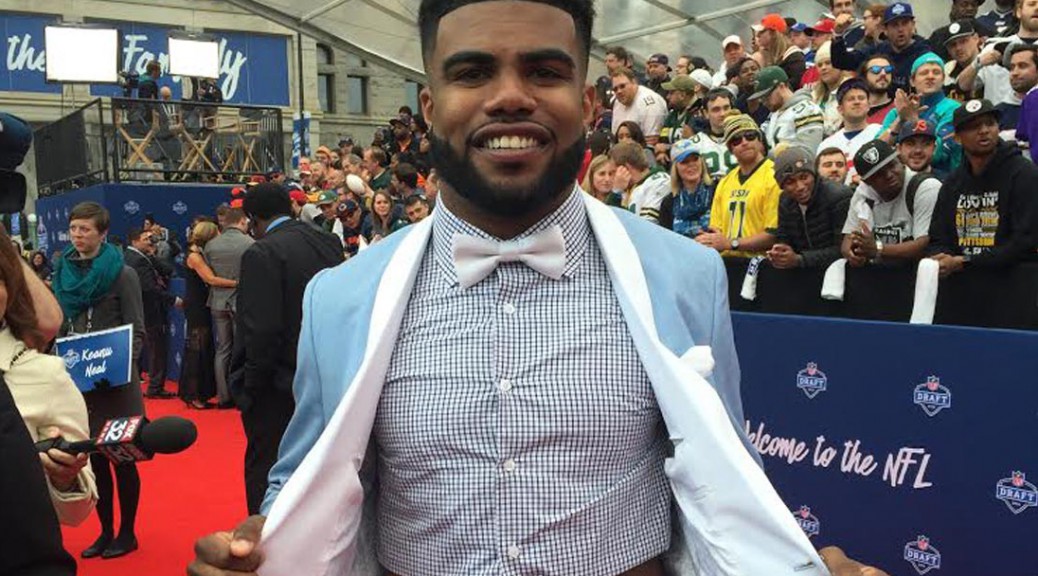 Four years ago, Joey Bosa, Darron Lee, Eli Apple and Ezekiel Elliott took a picture together during an Ohio State football game. They were visiting the school as high school seniors on a recruiting trip.

#tbt to where the journey began. Heading to Chicago to see these guys join a special class as 1st Rd draft picks! pic.twitter.com/RUh0EYad3L

The group led a massive class of 12 Buckeyes chosen in the 2016 NFL Draft that ended Saturday in Chicago.

“That’s what is expected from Ohio State,” Elliott said. “That’s why we all went to the Ohio State University, because we knew we were going to be prepared to play at the next level.”

Ohio State holds the record with 14 selected in the 2004 draft.

“Nobody has higher expectations for ourselves than we do,” Bosa said. “Me and Zeke and Darron would always laugh about (being) first-rounders, (saying) ‘Hey, we’re going to be first-rounders one day.’ Here we are.”

Bosa, a defensive end, was the first Buckeye taken. San Diego picked him with the third overall pick.

“Right after I got called, we all shared a good moment,” Bosa said. “Big hug. I was crying like a baby, of course.”

The record for Rounds 1-3 had been eight, set by Tennessee in 2000. It’s also one more than the entire Big 12 conference had selected during that timespan.

The final two Buckeyes went on Day 3. First, the Chargers took linebacker Joshua Perry fourth in the fourth round — with Bosa announcing the pick for their new team.

“He’s one of the hardest workers I know,” Bosa told Chargers.com. “An amazing leader. A physical freak. He’s a big, huge guy at the linebacker position and helped our defense tremendously over the past three years. He’ll do that here in San Diego. It’s a steal for sure to get him in the fourth round.”

The Bills took quarterback Cardale Jones with the final pick of the fourth round.

That gave Ohio State 12 picks for the first four rounds, also an NFL record for one school. That’s three more then the mark held by the 2004 and 2006 Buckeyes.

Despite winning the national title last year, Alabama had seven.

“I’m happy for those Ohio State guys,” said Alabama’s Reggie Ragland, who went to Buffalo in the second round. “We got real close during this process and (Ezekiel Elliott) told me it’s a hard few days for him. We joke about it right now,
but I’m not mad about it.” 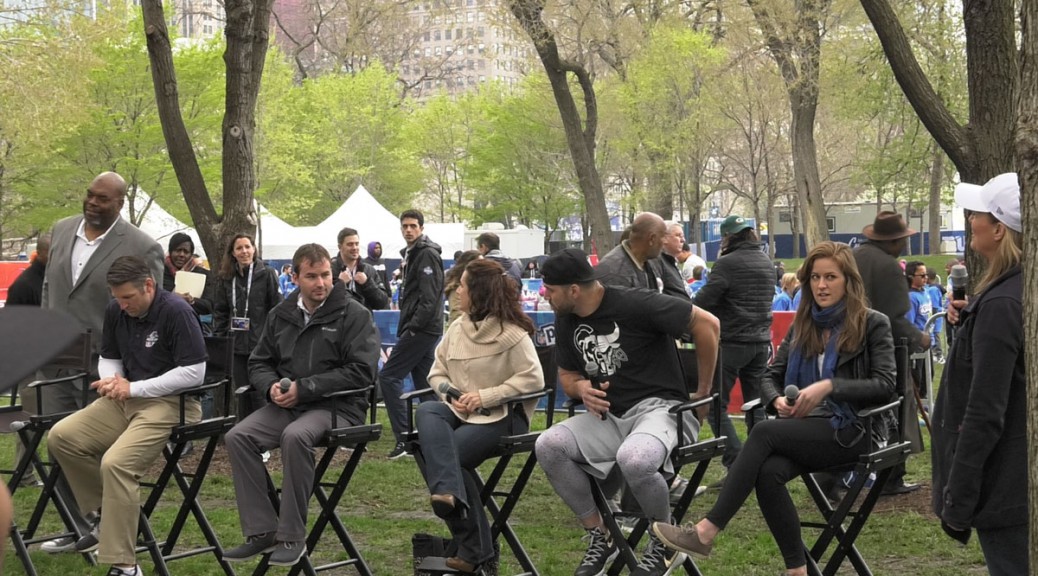 By EmmaKate Austin and Lena Blietz

ESPN’s Mike Golic, co-host of Mike and Mike, and his wife, Chris Golic, led a panel discussion for parents about the safety of youth football and other sports. The NFL’s Play 60 teamed up with USA Football for the event, where kids participated in an hour of football drills while their parents attended the panel. Panelists included Bears tight end Zach Miller and former offensive tackle James “Big Cat” Williams.

END_OF_DOCUMENT_TOKEN_TO_BE_REPLACED 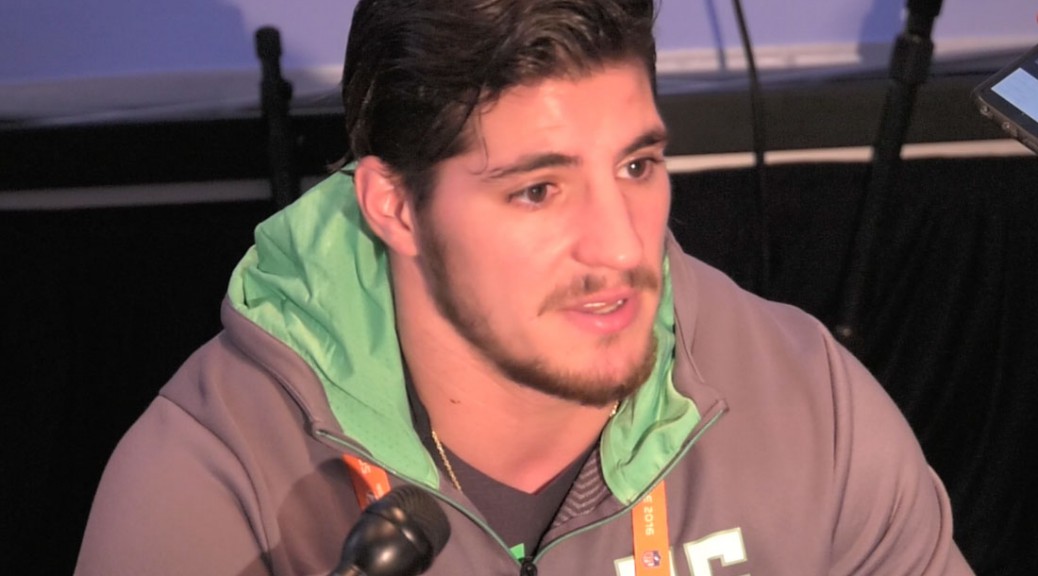 By Chris Hayre and Adam Rossow

With the 197th pick of the NFL Draft, the Tampa Bay Buccaneers selected Northwestern’s Danny Vitale. The All-Big Ten second team fullback helped the Wildcats reach the Outback Bowl. He was ranked as one of the top three fullback prospects in the draft.

END_OF_DOCUMENT_TOKEN_TO_BE_REPLACED 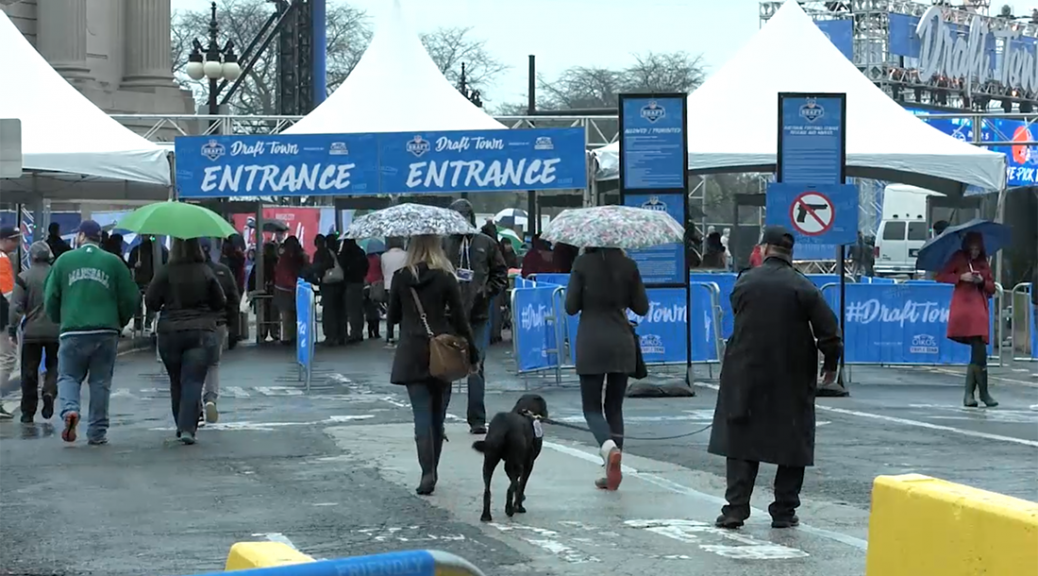 Rain or shine, the draft must go on.

Day three of the NFL Draft took place outdoors at Selection Square in Draft Town. But the weather didn’t cooperate. The National Weather Service reported an afternoon temperature of 47 degrees and rain. That didn’t stop every fan from attending. Some die hard football fanatics braved the weather to see their team pick the next future stars.

END_OF_DOCUMENT_TOKEN_TO_BE_REPLACED 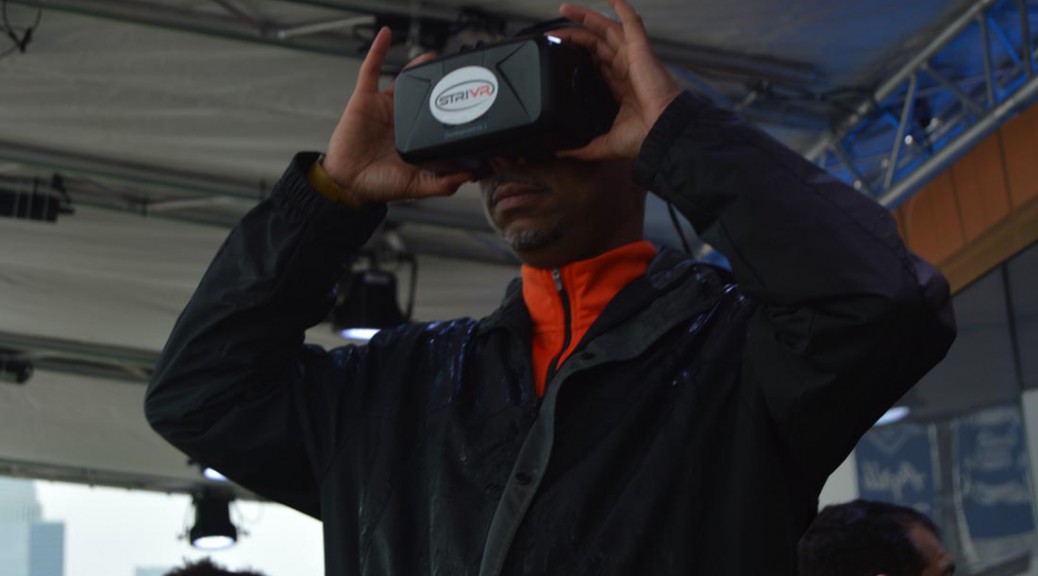 Sean Smith watched Paxton Lynch’s perfect spiral fly over his head and hit a receiver in stride. There was grass under his feet and Lynch’s trainers to his left and right. When he looked up, he swore he could feel the Memphis sun.

But then the STRIVR goggles came off, and it was back to reality. A much colder, rainier Chicago reality.

Smith, 44, was one of thousands of fans in the NFL’s Draft Town Saturday to enter a virtual world. A Palo Alto, California-based virtual reality company, STRIVR, lets fans get an up-close and personal encounter with the players. The goggles offered a 360-degree view of Jaylon Smith’s workout or a look at the defensive line from Shaq Lawson’s vantage point. END_OF_DOCUMENT_TOKEN_TO_BE_REPLACED

By Chris Hayre and Adam Rossow

The first Northwestern player of the 2016 NFL Draft has been selected. With pick No. 137, the Green Bay Packers picked up Northwestern defensive end Dean Lowry. Lowry was a standout for Pat Fitzgerald and his Wildcats in Evanston for the past four years.

END_OF_DOCUMENT_TOKEN_TO_BE_REPLACED 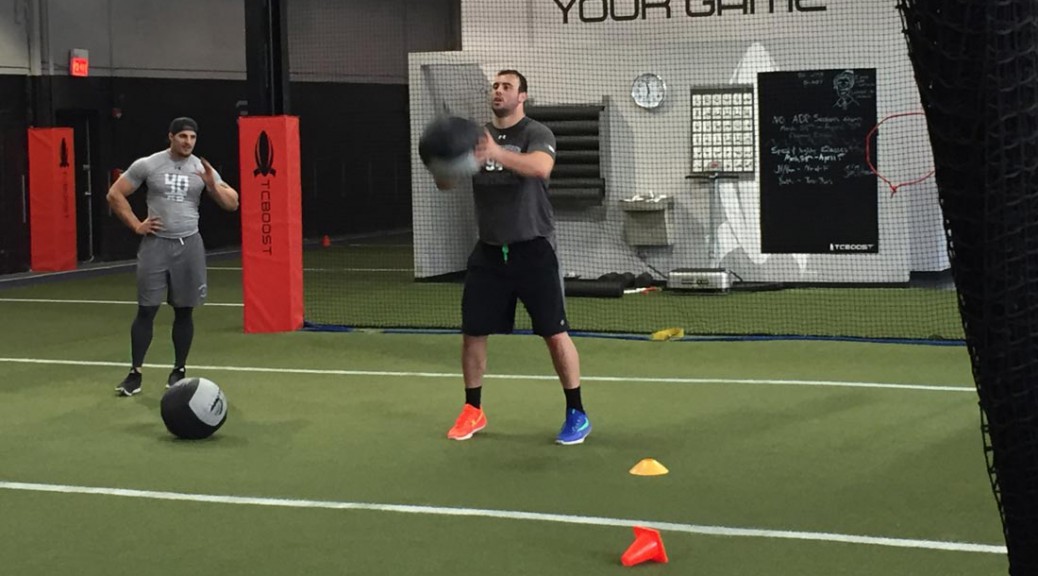 “It sounds like they want to play me as their fullback and as a second tight end as well,” said Vitale, a hybrid “superback” at Northwestern. “That’s what I did in college, so I think they’ll utilize my skill set the way that’ll be a big advantage to them.” END_OF_DOCUMENT_TOKEN_TO_BE_REPLACED

By Adam Rossow and Chris Hayre

The Chicago Bears took advantage of their three picks in the fourth round of the NFL Draft. The team selected three defensive players, giving them the opportunity to rebuild their defense this year.