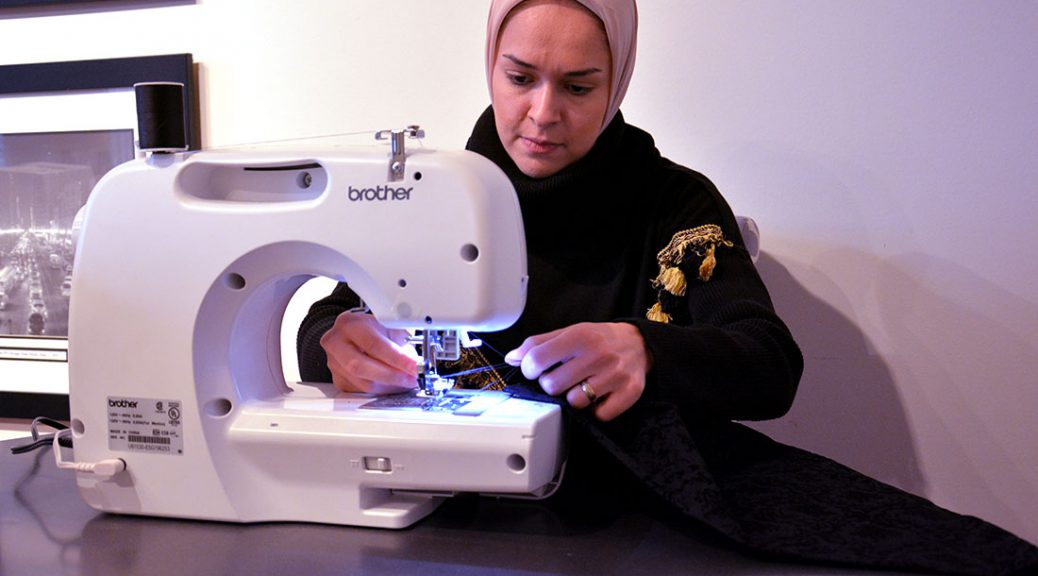 A long, dark skirt with a blue floral pattern, perfect for an evening out. A white tunic with sheer sleeves, wrapped to the elbow in gold embellishment. A long-sleeve, black-and-white dress with an open front, matched perfectly with black leggings and a pair of pumps.

These are just some of the items made or embellished by four Chicago women. Seamstresses in their past lives, they are Syrian refugees in their present realities. And at blue meets blue, a Chicago-based clothing line, they found jobs that value the intersection of those identities.

The company, launched two months ago by Syrian-Americans Shahd Alasaly and Randa Kuziez, is specifically designed to create jobs for refugee women.

END_OF_DOCUMENT_TOKEN_TO_BE_REPLACED 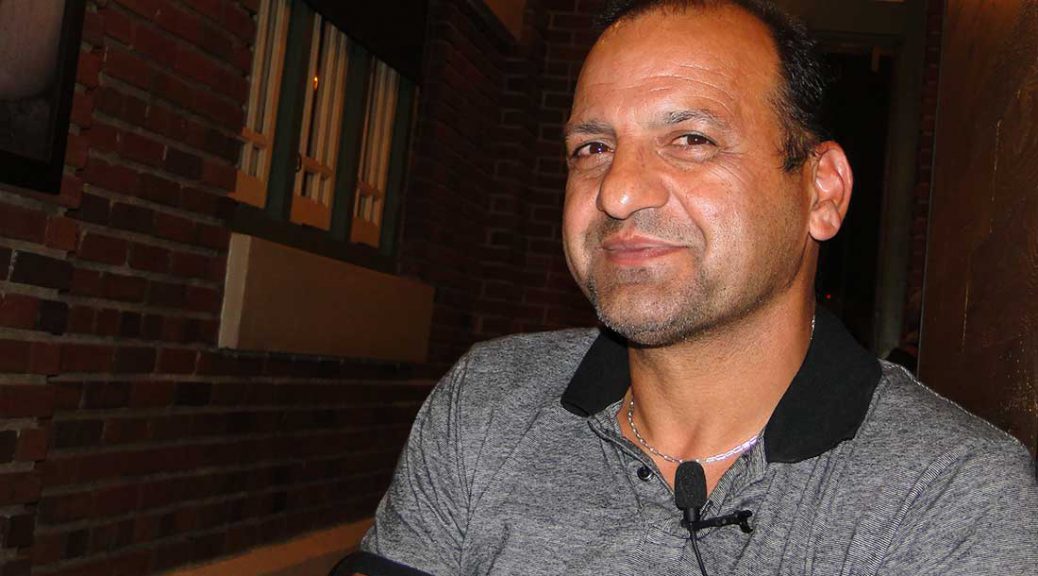 In 1984, 19-yearold Tooraj Talebi made a mad dash across the Iranian desert towards Pakistan, enduring sleepless nights, numerous police check points and human traffickers. He didn’t have a final destination in mind.

But he knew he had to get out of Iran, find a place where he could practice his religion without fear of persecution, and where he could finish his education.

END_OF_DOCUMENT_TOKEN_TO_BE_REPLACED 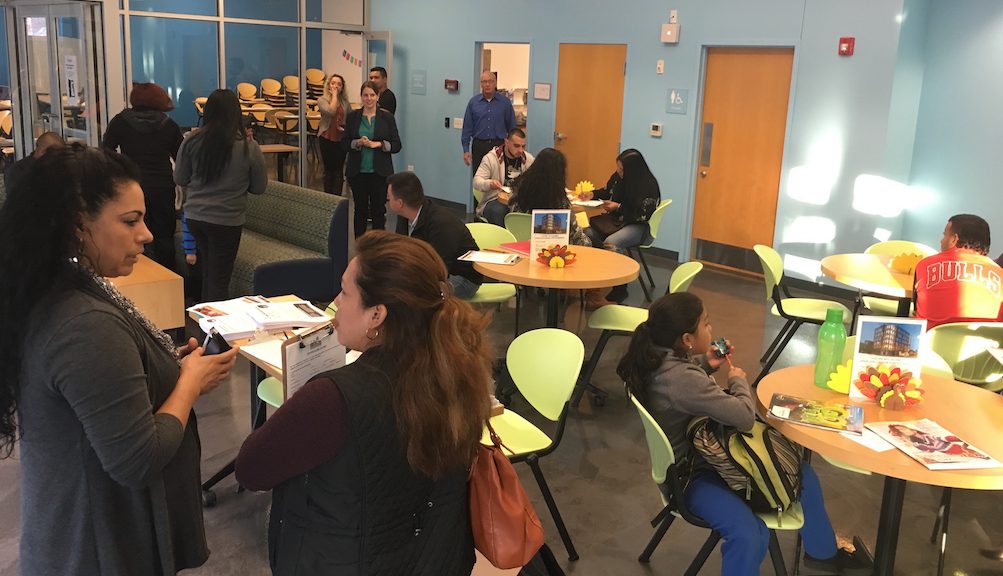 “I couldn’t tell them that things were going to be OK,” Jose Muñoz recalls as he and undocumented students watched election night returns Nov. 8 in Pilsen. “All I could tell them was that we are there to support them.”

Students gathered at Resurrection Project that night hoping for an altogether different result than the election of a presidential candidate, who has repeatedly promised to deport undocumented residents, including college students who sought sanctuary under Deferred Action for Childhood Arrivals (DACA).  As the night went on and they realized Donald Trump was, indeed, the president-elect, Muñoz, vice president of community ownership, consoled one of the undocumented students who cried.
END_OF_DOCUMENT_TOKEN_TO_BE_REPLACED 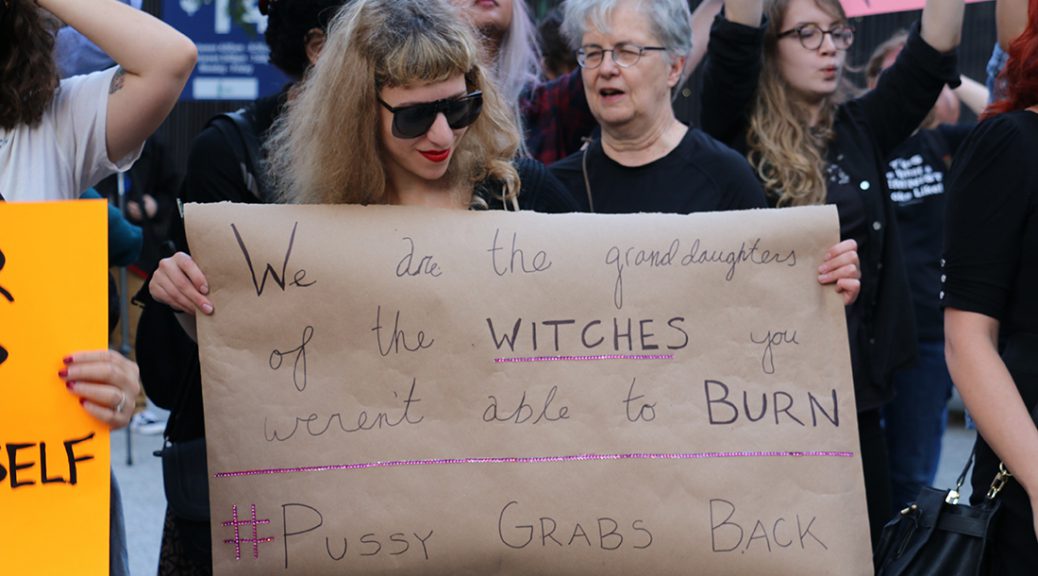 Nina Berman is a longtime fan of IUDs, otherwise known as intrauterine birth control devices (the T-shaped ones). But after the election of Donald Trump last week, Berman noticed she wasn’t the only one. She saw more and more of her friends announcing on social media plans to get the long-term use IUDs.

As women re-evaluate birth control options in the face of a new White House administration hostile to the notion of women’s agency and choice, Berman wanted to join the conversation. So she created a sew-on patch out of coarse, brown fabric depicting a cartoon outline of an IUD, announcing, “Ask me about my IUD.”

END_OF_DOCUMENT_TOKEN_TO_BE_REPLACED 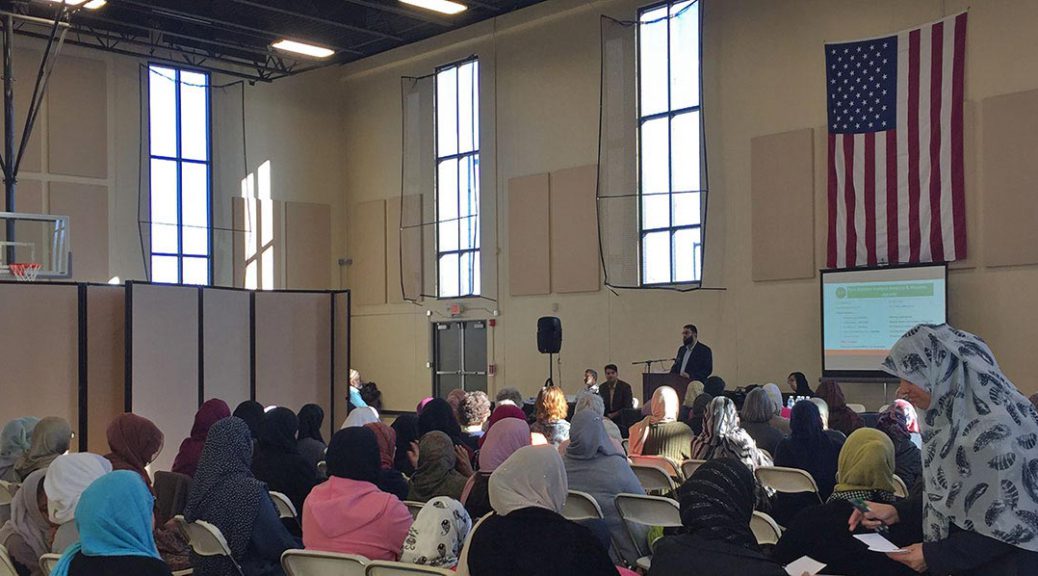 Standing in front of an American flag that hangs on the wall of the gymnasium at the Islamic Center of Naperville, sunlight spilling through the large windows behind him, Imam Rizwan Ali spoke of hope.

“As Allah took care of his prophets, he will take care of us, and we need to do everything we can to be positive contributors in our society,” he said, speaking to the crowd at a town hall meeting Sunday.

About 100 men and women – mostly middle-aged, mostly Muslim – came to the post-election community meeting to think, process and learn, they said. Ali urged them to follow the example of the Prophet Mohammad, who was “the most optimistic person,” even as he faced persecution some 1,400 years ago.

The meeting was one of many events organized by Muslims across the nation in the last week. They are concerned about their future under a president, who campaigned on promises to impose a “total and complete” ban on Muslim immigration to America and famously said “Islam hates us.”

END_OF_DOCUMENT_TOKEN_TO_BE_REPLACED 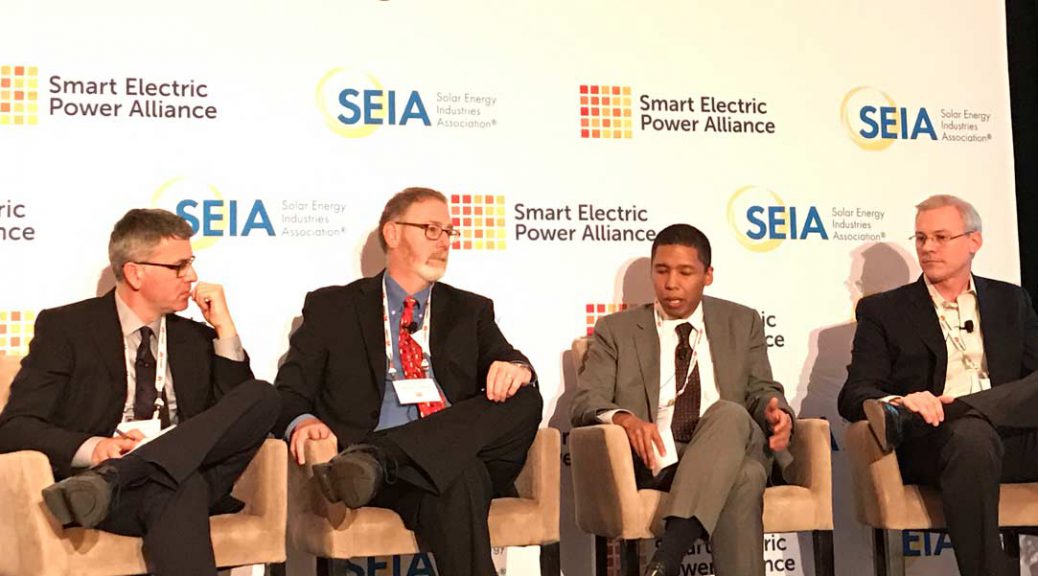 A few hours after Donald Trump delivered his victory speech, hundreds of solar industry practitioners, environmentalists and policy experts gathered in Chicago to consider what lies ahead under the president-elect.

“Clearly, there is an elephant in the room,” said Tom Kimbis, the interim president at the Washington-based Solar Energy Industries Association, recently at the opening remarks of the two-day Solar Power PV Conference & Expo.

He was talking about the election of  Trump, who disbelieves in climate change and wants to revitalize fossil fuels instead of promoting renewable energy.

“We’ve been handed one clear and resounding message – and that message is change. Change is hard. As a member of the solar industry, we thrive on certainty,” Kimbis said, explaining  how the industry has all the right to worry about its future.

But the future of solar isn’t that bad, added Kimbis and other speakers at the conference who delivered optimistic views of the industry’s future. They were still very concerned, however.

END_OF_DOCUMENT_TOKEN_TO_BE_REPLACED 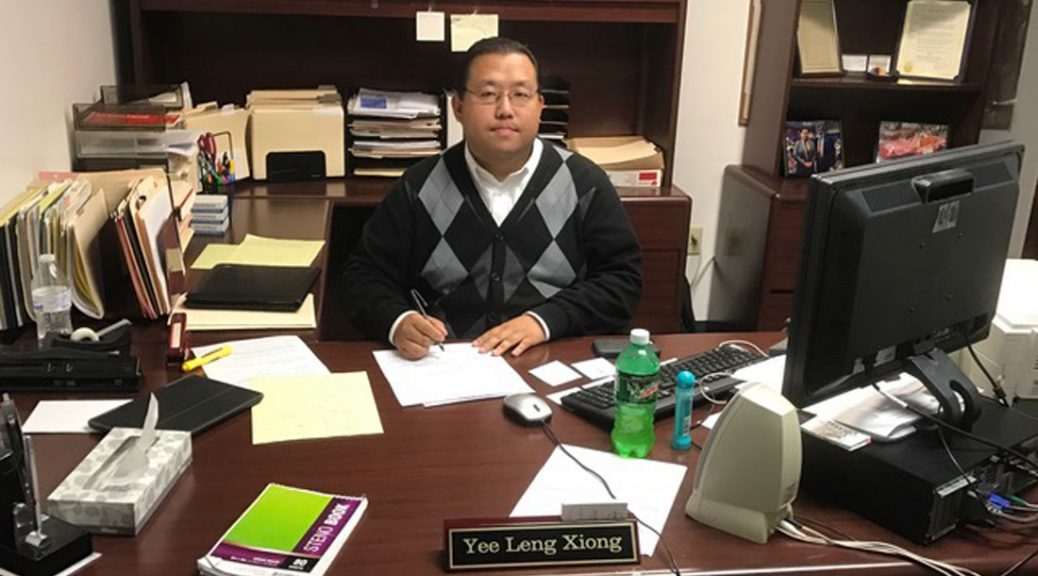 But what seemed like a teenage gang killing last February struck some as being symbolic of something much more malignant.

Dylan belongs to the Hmong, a community of war refugees and their descendants who relocated to the United States from Laos at the end of the Vietnam War. Isaiah was Hispanic.

And as the murder trial evolved, it exposed a community with many concerns, among them rampant illegal drug use, a festering mental health problem, and a sense of isolation that is fed by a deep reluctance to air community and private woes. END_OF_DOCUMENT_TOKEN_TO_BE_REPLACED 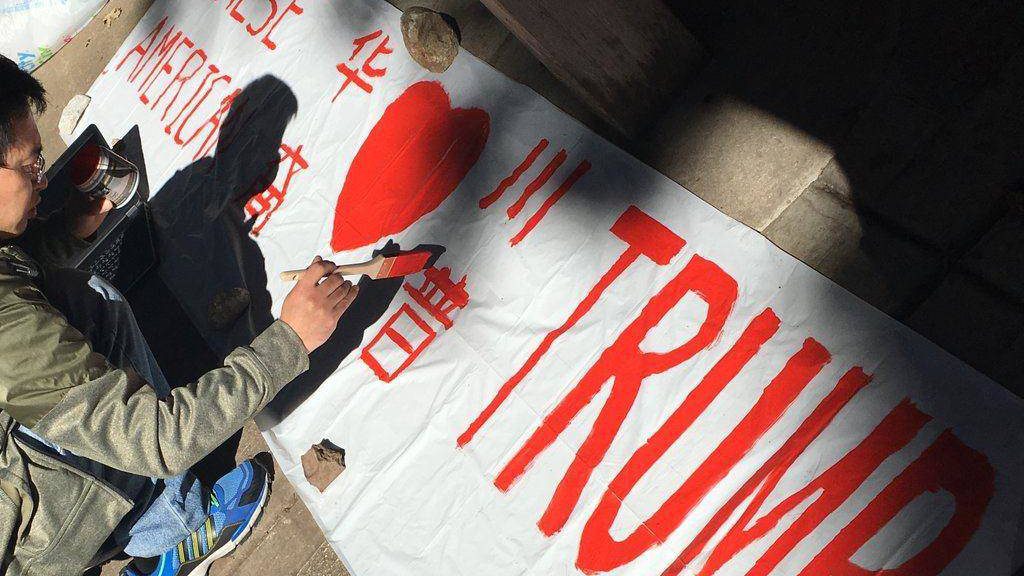 Asian Americans were not among Donald Trump’s majority in Tuesday’s election. About three quarters of Asian American voters backed Hillary Clinton, according to the National Asian American Election Eve Poll released by America’s Voice the day after the election. Trump got only 19 percent of the Asian votes.

Still, the Chinese American community had its vocal supporters who, along with more than 59 million fellow Americans, voted for Donald Trump to be the 45th president of the United States.

A leader for the Chinese Americans for Trump movement estimates that they called on 8,000 volunteers to get the job done this election.

Listen to the story behind that story.

END_OF_DOCUMENT_TOKEN_TO_BE_REPLACED 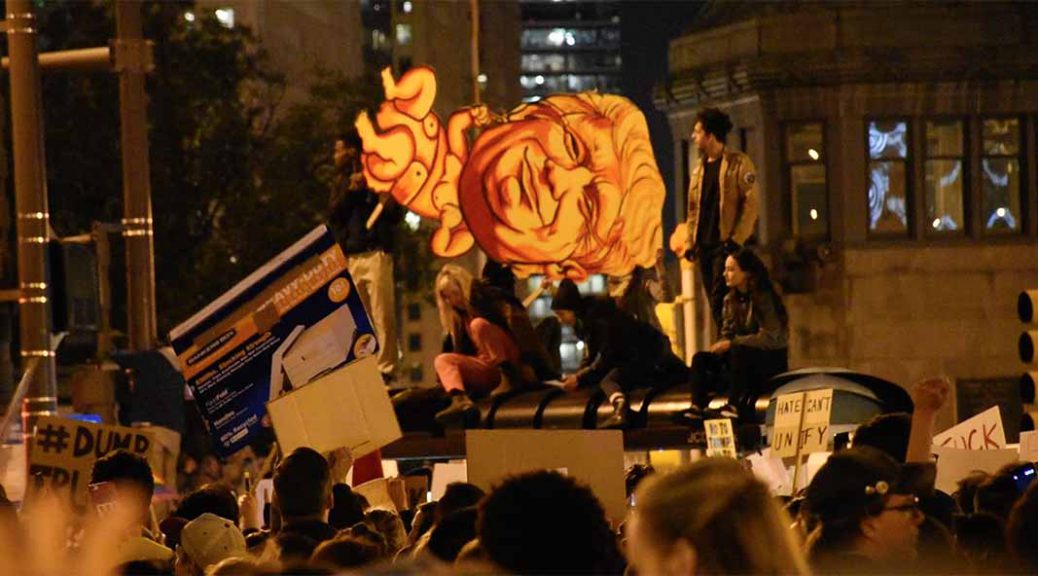 Around 10,000 people gathered in front of the Trump Tower in Chicago to march down the Magnificent Mile and other downtown areas in protest of Donald Trump’s election as president. “Not my president” became the refrain of many protesters.

Photo at top: Protesters at the rally and march. (Siyan (Jen) Huang/MEDILL) 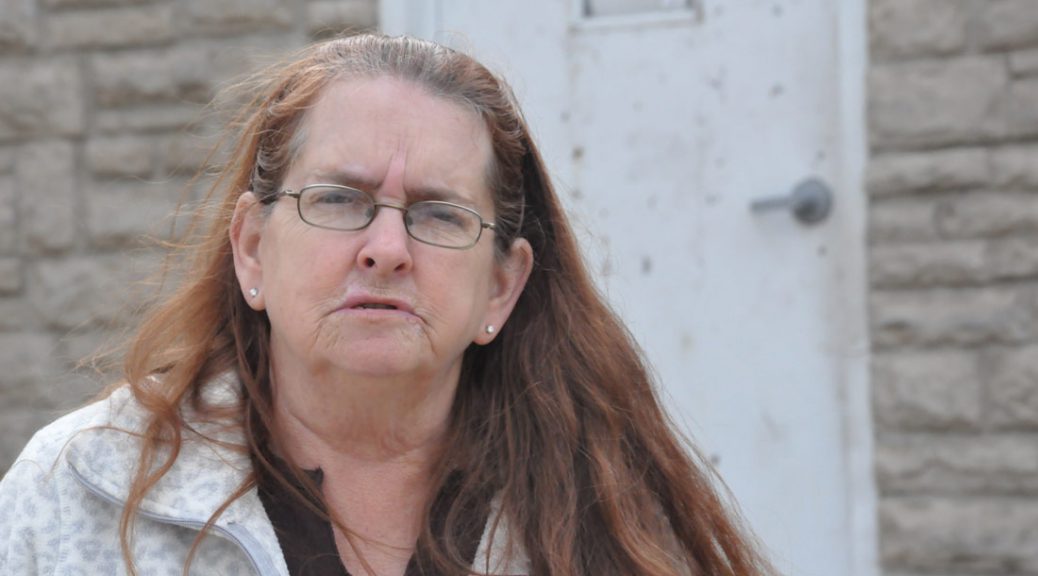 Out of nine congressional districts in Indiana, two re-elected Democratic congressmen on Nov. 8. One of those was in the 1st Congressional District, where East Chicago’s historic community Marktown is located.

Democratic Rep. Pete Visclosky who has been in office since 1985, was re-elected.

Although Marktown voted Democratic, as it usually does, 57 percent of the state voted for president-elect Donald Trump.

Leslie Guajardo, mother of two, lives in Marktown,  which is a worker’s community. Tucked between Arcelor Mittal, which boasts “the largest integrated steelmaking facility in North America,” and British Petroleum oil refinery, it serves as a home to about 250 families most of whom formerly worked in the nearby industrial area.
END_OF_DOCUMENT_TOKEN_TO_BE_REPLACED