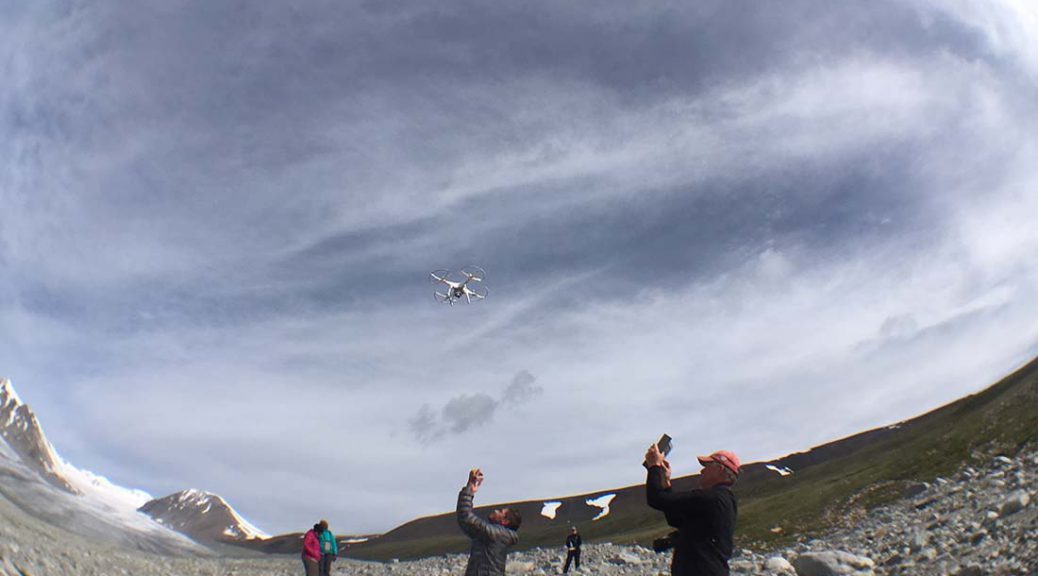 Scott Travis didn’t know what to expect when he put in an application to work for Lands’ End clothing company in 1987. He was 32 years old then and got the position.

During that time, he had several opportunities to meet and talk with the late Gary Comer – founder and owner of Lands’ Ends – and was promoted from the sales and packaging department to eventually becoming a safety manager of the plant in Dodgeville, Wisconsin.

Comer never forgot those conversations. Six years later, Travis got a call from the boss asking if he wanted to help build and manage a new corporate retreat to host meetings and conferences for business leaders across the globe in southwestern Wisconsin.

Comer affectionately called the 200-acre estate “The Farm.” It had been run by the Tiller family for years, and  Comer quickly decided to upgrade the temporary installment of trailers and a park area to add residences for guests with meeting rooms. Travis took charge of the 14-year string of building projects and has been facilities manager for a some 25 years.

The Comer Family Foundation brings together at the farm each fall top climate scientists from across the country and a new generation of climate researchers. This is the Comer Climate Conference that Gary Comer initiated as part of a philanthropic commitment to climate science research.

MEDILL: Tell us a little about your early life and how you got involved with Lands’ End.

Travis: I grew up about 60 miles south of here in Platteville, Wisconsin. The Chicago Bears used to practice here at the university. I attended the University of Wisconsin-Platteville double majoring in botany and soil and crop service. I ran a landscaping business while in school and continued that until 1990 when I started working at Lands’ End full-time. I wanted to have winters off to travel. I got the job at Lands’ End and originally worked part-time in the packing and shipping department. I put in an application, and – before I even got home – they called me and asked me to come back. So, I turned around and started working there that night.

What was the first expedition that you can remember with Gary and the scientists? What are some standout research and personal memories from those trips?

Travis: In 1996,  I joined Mr. Comer on a flight across the Arctic and Northwest territories, stopping at a number of Inuit communities. We heard stories of their lives changing and the flow edge or ice edge moving further from land affecting there hunting practices. We would make two additional trips to the Arctic in ’97 and ’99, stopping at other villages and hearing the same story. Things were changing. It was in 2001 that he sailed through the Northwest Passage in his motor yacht Turmoil that set his focus on climate change [due to the melted ice].  Mr. Comer sold his business in 2002 and started to focus on a number of different projects.

My first trip with the scientists was a trip to Greenland. It was an incredible landscape! I worked with students and their professors collecting samples to be dated, collecting shells from beaches 30 meters [ approximately 100 feet] higher then the present day waterline. It was a trip I will never forget and the beginning of my support for years to come. It was contagious! The glaciers and the mountain ranges were incredible.

After the sale of Lands’ End, Comer turned to philanthropy and funded the Comer Children’s Hospital in Chicago, the Gary Comer Youth Center and College Prep [high school] on the South Side, and contributed to major initiatives in climate change research. He wanted to fund students working under top professors in the climate field. Through a mutual friend, he was pointed to Wally (Wallace) Broecker. Gary had found the perfect individual to lead the charge. Gary, with Wally’s help, would establish the Comer Fellows – a number of students working on their master’s and doctoral programs in climate research.

Wally Broecker, a geochemist and “godfather” of climate science, passed away this past February. He created a team with climate scientist Richard Alley of Penn State and glaciologist George Denton of the University of Maine. They led the effort by creating a network of leading climate scientists as mentors for the Comer Fellows.

Comer then went a step further and decided to initiate an annual climate change conference at IBM Palisades in New York. After a few years, the meetings moved [here] to The Farm in 2007. [Stephanie Comer, Comer’s daughter continues to host the Comer Climate Conference with the help of Travis and the scientists. She maintains the research commitment as well, with both Comer and Travis participating in some field research.]

With your background in soil and botany, what have you done on Leeward Farm to help with sustainability? How has that evolved since you started?

Travis: When we built some of the new buildings, we put in wood-fired boilers that hold 2,200 gallons of water. They heat up water within the building at a very fast rate – about three hours – and the BTUs are stored in the water and used to heat those buildings.  We take windfall wood from the farm – material that is falling from trees – and debris from cleaning up our trails on the property and reuse it as firewood. So, even though we’re still producing carbon, we’re not using propane or natural gas as much. We have worked hard to reduce our energy load. Once you reduce it by doing things like installing LED lights, raising food on site with The Farm’s garden, and conserving energy when people aren’t here, then you can start at other forms of clean energy like solar to offset your electric costs. That’s probably going to be one of the next steps here going forward. Technology is improving efficiency every day.

On the science side, how did you help incorporate a drone into the 2016 Mongolian expedition, led by University of Maine climate scientist Aaron Putnam to track climate triggers?

Travis: It actually came from [Aaron’s] students as much as it came from me. It enabled them to do mapping, and cover areas where they [the researchers] were collecting these boulders. Understanding the field areas and the remote location where they would be was step one. I got everything necessary to spend a day in a remote location flying a drone. We needed a program run off GPS coordinates for the flight patterns and a set of 12 batteries to operate the drone, covering the coordinates of the research area. I needed a small gas generator in  the field to recharge the 12 batteries. I would spend all day recharging the batteries and launching the drone. We would get about 18-20 minutes of flight per battery and we would take data back to a larger computer with a software package to sew all those images together into a map. They were able to get images better than what you could find on Google Earth.

To what degree now do you consider yourself a climate scientist?

Travis: Well, I consider myself extremely fortunate to have had the opportunity to accompany and support these professors and students – the eight trips I’ve been on. So, I guess you could say through osmosis, I learned a lot about geology, climate change, cosmogenic dating, mapping with drones, and living with a great group of people in the field for weeks at a time. I would consider myself a “wanna-be” junior scientist. I’m just very fortunate to be able to help these people. I learned at a young age life is pretty precious, and it goes pretty quick. If you don’t take the time to do what you love, or what you want to do, you’ll never get it done. You need to make the difference.

Photo at Top: Lead scientist Aaron Putnam guides a drone in for a safe landing during the 2016 expedition to Mongolia. The Comer Foundation’s Scott Travis documents the event in a photo. The two were instrumental in troubleshooting the drone for scientific purposes. (Kevin Stark /MEDILL)