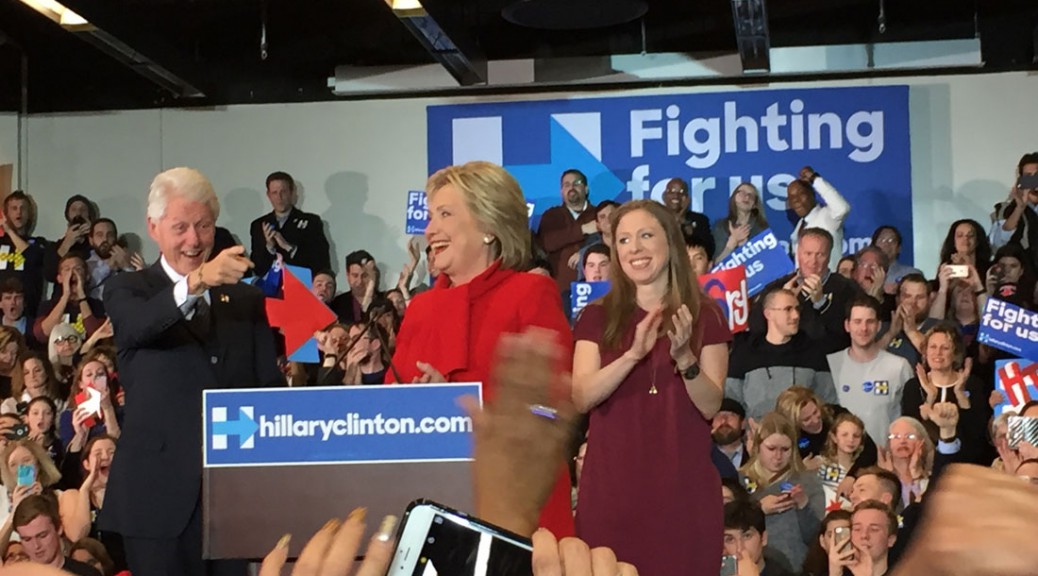 DES MOINES — Underdog Bernie Sanders fought Democratic Party  royalty Hillary Clinton to a draw in Iowa on Monday night.  Whoever noses ahead in the final count, the results highlighted a hard lesson that Clinton should have learned in 2008: Never underestimate the new kid on the block, even if he’s a 74-year-old Democratic socialist.

The caucus was a victory for Clinton in only the strictest sense of the word. In many respects, Sanders’ close pursuit brings Clinton’s entire campaign strategy into question and places more pressure on her to regain ground in New Hampshire and beyond.

Projections for the Feb. 9 primary already looked bleak for Clinton, who trailed Sanders by 18 points before the Iowa results were in. Her team is watching to see if the dead heat will further energize the Vermont senator and his enthusiastic fans.

The close race is particularly embarrassing for Clinton strategists, who boasted that the former secretary of state had learned from her miscalculations in 2008, the year that Barack Obama overtook Clinton to win the Iowa caucus and launch his race to the White House.

“This campaign was built to take the weight of any challenge,” Sue Dvorsky, Iowa Democratic Party chairwoman and Clinton strategist, said in an interview the day before the caucus. “She does not want [2008] to happen again.”

Clinton embarked on a targeted caucus campaign with extensive canvassing and a vast local network. Sanders focused on young voters, using social media and an appeal to ethical politics and a lowering of economic inequality.

“What’s possible for 2016 never could have happened in 2004, 2008 and certainly not 2012,” said one Sanders campaign official who requested anonymity. The official said Team Sanders expected “big crowds” for the caucus after thousands of supporters attended rallies throughout the state in the last month.

The Sanders and Clinton campaigns each employed approximately 100 staffers in Iowa, but their tactics differed significantly.  Clinton focused on counties boasting more delegates, while Sanders directed attention towards counties with high populations of young voters. Clinton strategists also worked to recruit high-level local influencers who could connect with potential supporters.

Sanders seemed an unlikely darling in Iowa, so far from his New England base. Yet his grassroots, small donor strategy may have been the secret to his success. Now, he must see if he can expand and deepen the approach, sustaining the enthusiasm that is a hallmark of his supporters.

The simplicity of Sanders’ strategy makes sense for a Washington candidate who is pitching anti-Washington policies.

“We’re just amplifying Bernie’s message. It’s one of consistency and fairness,” Raina Batrice, press secretary for the Sanders campaign in Iowa, said on Monday afternoon at the candidate’s Des Moines office. “We’re reaching out to people who had wanted to give up on the process.”

Looking ahead to New Hampshire, Nevada and South Carolina, Sanders’ success in Iowa bestows a new level of respect and scrutiny. While New Hampshire is familiar territory, he must show that he can broaden his appeal and build an organization strong enough to defeat his battle-tested opponent.

It will not be easy. If any candidate knows about resilience in the face of disappointment, it is Hillary Clinton.