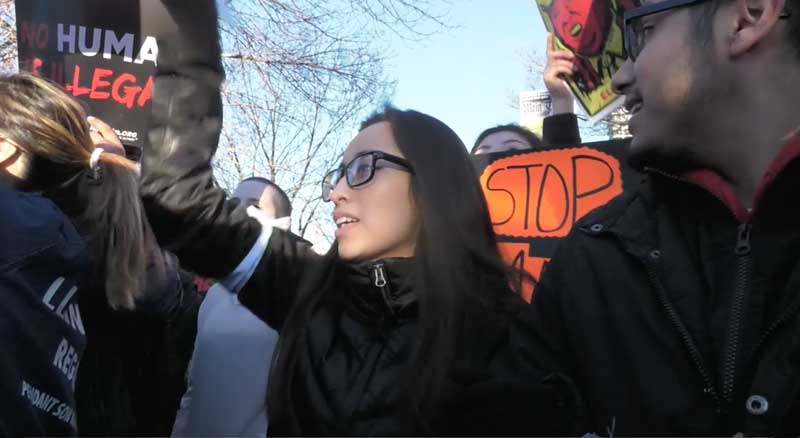 In some ways, Ana Ruiz is the face of a Trump protester. She’s young,  a college student, new to protesting, hurt deeply that she and other Mexican immigrants are being demonized, and will be personally affected by how Trump proposes to lead the country.

She’s a sophomore at the University of Illinois at Chicago, vice president of the Fearless Undocumented Alliance (FUA), a group for undocumented students and allies, and she helped organize the March 11 rally at the UIC Pavilion that was canceled over “security concerns” and that has become the centerpiece in a debate over whether protesters shut down Trump or whether Trump is using the event to mobilize his base.

Follow Ruiz through her day and decide for yourself:

Photo at top: Ana Ruiz, a student at the University of Illinois at Chicago, protests during the anti-Trump rally on campus on Friday, March 11. (Bian Elkhatib/MEDILL)