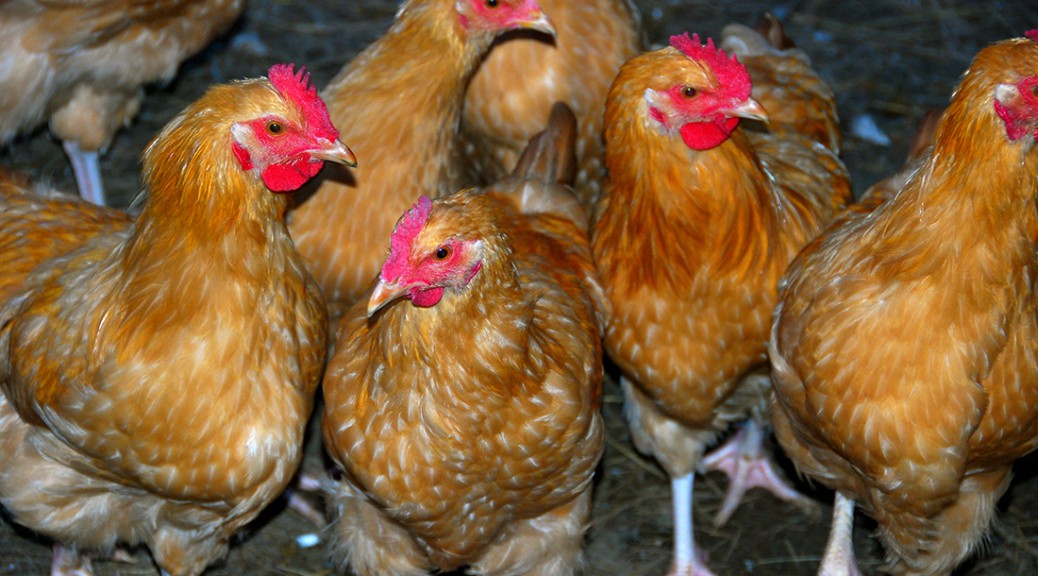 By Traci Badalucco and Christina Bucciere

Millions of avian flu-infected hens are expected to be euthanized on a major egg-producing farm in northwest Iowa with the help of the state. 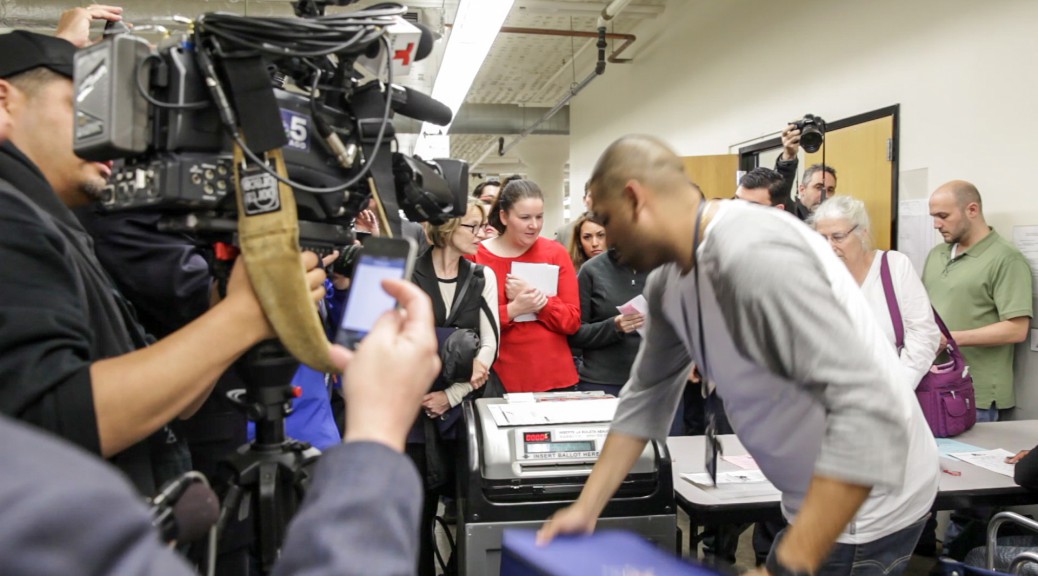 One of the closest elections runoffs in recent Chicago history might not be decided even after all the ballots are tallied Tuesday.

A fiercely fought campaign for 10th Ward alderman has ended up in court after both candidates filed for a recount with the Cook County Circuit Court. As of Monday, challenger and political newcomer Susan Sadlowski Garza leads incumbent Alderman John A. Pope by 33 votes, according to the Chicago Board of Elections. The final absentee and provisional ballots still need to be rolled into the totals for the Tuesday deadline.

Tuesday is the last day for the Chicago Board of Elections to process the remaining absentee and provisional ballots. END_OF_DOCUMENT_TOKEN_TO_BE_REPLACED 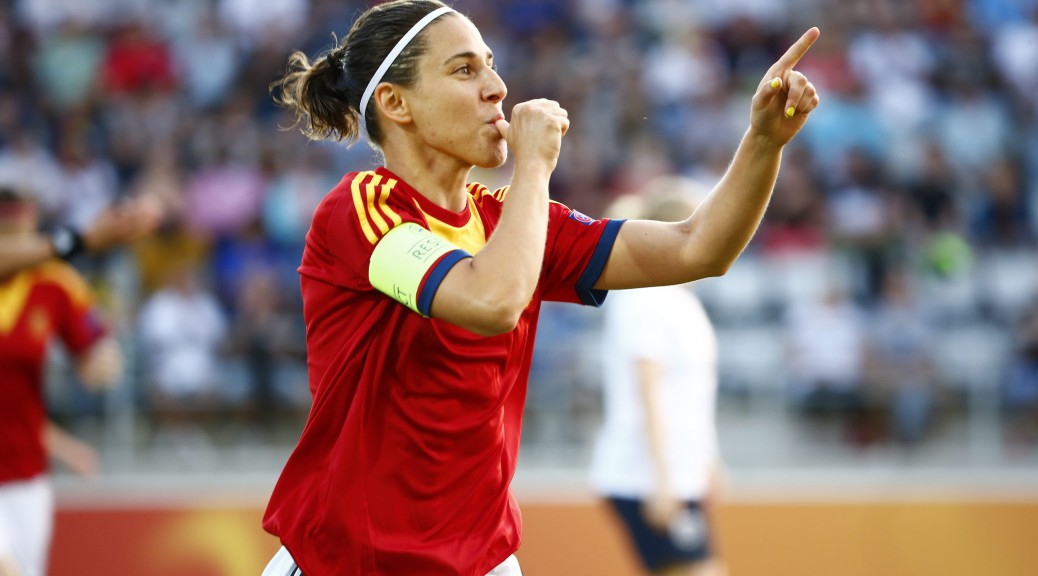 Thousands will travel to Canada this summer to watch 24 national soccer teams compete across six cities for the World Cup title.

In the sports video game world, industry leader Electronic Arts Inc. takes the opportunity to release a new title of its licensed “FIFA” franchise. That means a game with all the latest rosters, visuals and simulated atmosphere in the future tournament venues.

Sorry. There won’t be that kind of game this year, either as a stand alone title or downloadable content to the already released “FIFA 15” title. Why? Because it’s a Women’s World Cup year.

In the sports game market, stand alone women’s sports games and add-on content remain underrepresented. High-profile appeals have been made by athletes, sports fans and gamers, with varied success. It doesn’t help that the stumbling block is the very first step women’s sports games just aren’t marketable. But should that prevent game developers from trying? END_OF_DOCUMENT_TOKEN_TO_BE_REPLACED 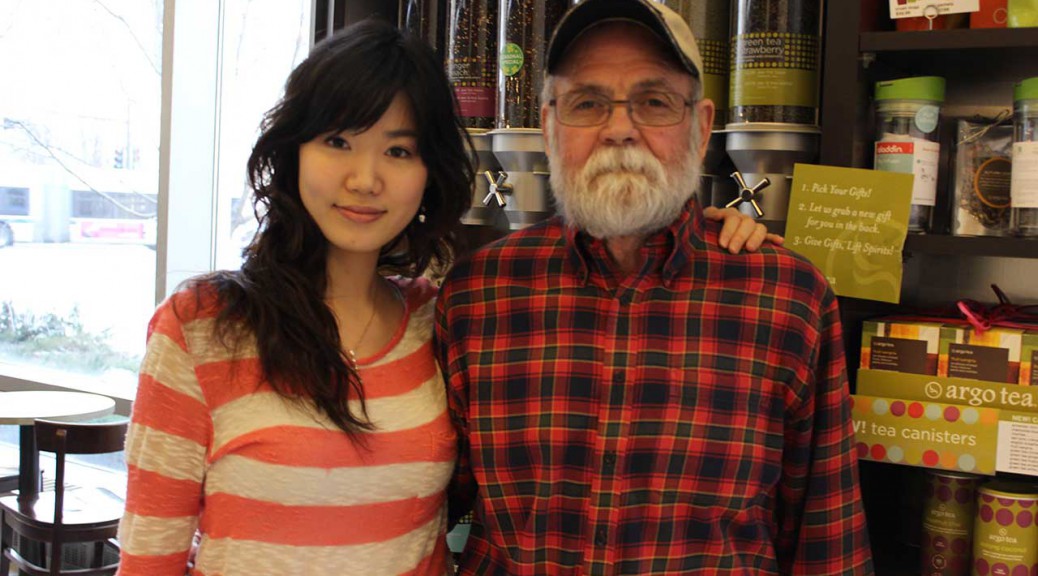 Northwestern University’s Cognitive Neurology and Alzheimer’s Disease Center has developed a Buddy Program that connects first-year medical students with people who are diagnosed with Alzheimer’s disease and other related illnesses. Through the program, buddies meet with each other on a regular basis and build a relationship outside of the clinical setting. Reporter Tanni Deb spoke with Ben Ferguson, an Alzheimer’s patient, and his buddy, April Yu, to learn how they both benefit from the program.

END_OF_DOCUMENT_TOKEN_TO_BE_REPLACED 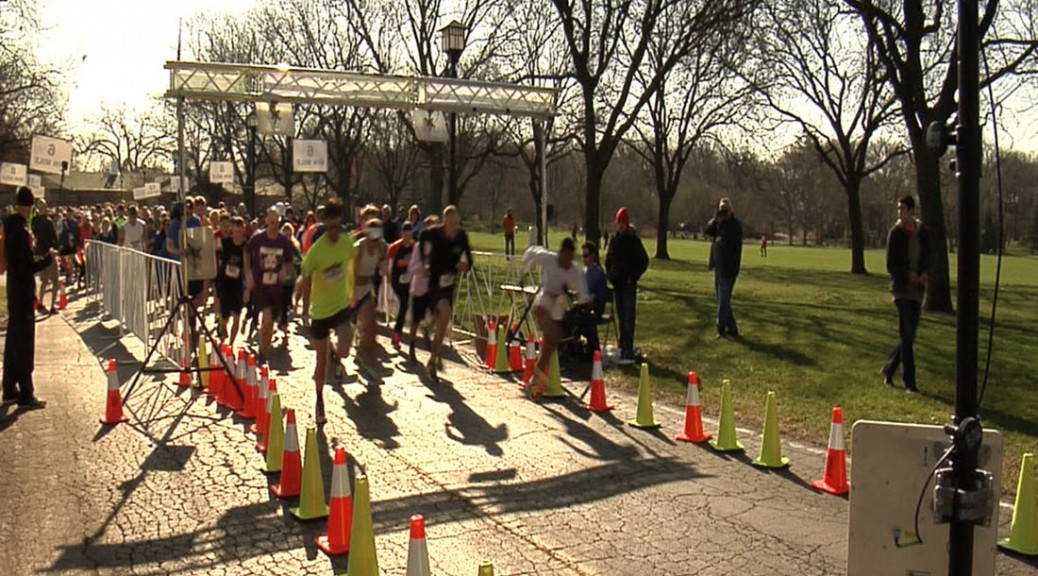 Over 1,200 runners and walkers took their place at the starting line of the second annual Foodie 5K race on Saturday morning and raised $130,000 to fight hunger.

That’s enough money to provide the equivalent of $1 million worth of groceries to feed hungry people in Northern Illinois.

“We know that one in seven of our neighbors are at risk of missing meals in the coming year,” said Julie Yurko, president and CEO of the Northern Illinois Food Bank, serving 13 counties. END_OF_DOCUMENT_TOKEN_TO_BE_REPLACED 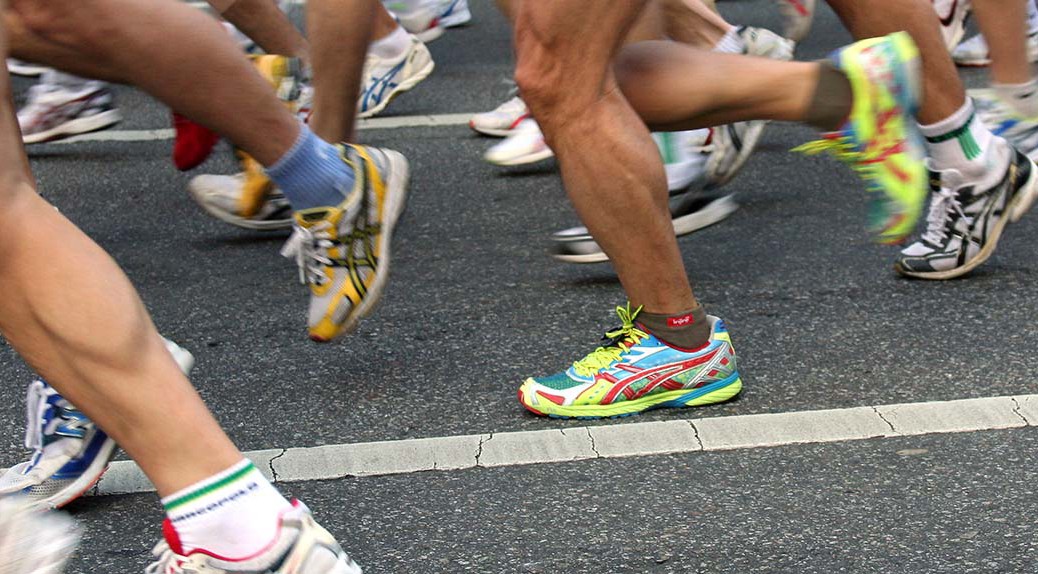 Instead of a day shrouded in grief, though, Skopec, 26, found herself joining thousands of other runners and cheering fans for a day-long celebration of community.

“The general atmosphere was jubilant,” Skopec said. “Everyone was really emotional, but not in an upset way. Some people said they didn’t care how fast they ran, they were just excited to run on the anniversary.”

Today is the second anniversary of the Boston Marathon bombings as convicted bomber Dzhokhar Tsarnaev, 21, faces sentencing and a possible death penalty.

END_OF_DOCUMENT_TOKEN_TO_BE_REPLACED 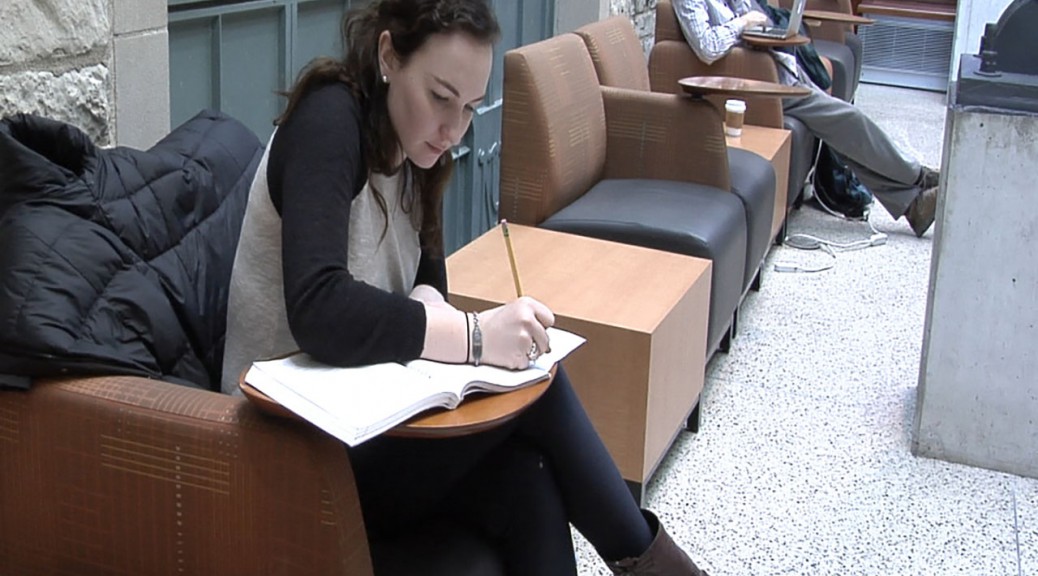 When Michelle Stephens packed her bags for college two years ago, she brought the usual items, but had to add a few things to the pile that many of her fellow classmates did not: syringes, vials of insulin and a glucose monitor.  Nine months before embarking on college life Michelle was diagnosed with Type 1 Diabetes Mellitus.

END_OF_DOCUMENT_TOKEN_TO_BE_REPLACED 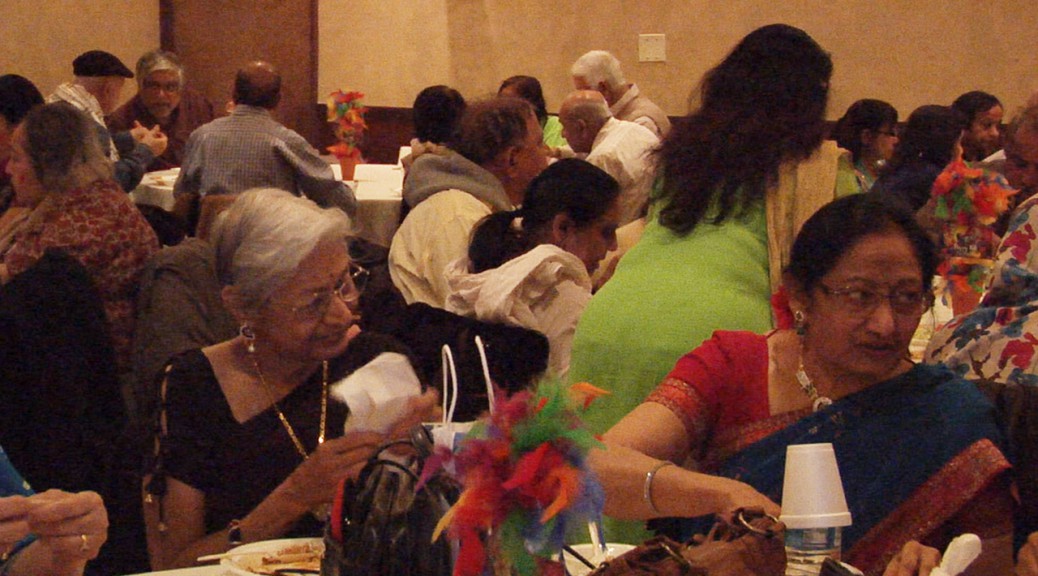 Of the ten most popular charities in the U.S., according to Charity Navigator, six deliver assistance to children or impoverished people, two provide medical or disaster relief services and two are devoted to protecting wildlife and the environment. None of these organizations is directly associated with helping the elderly, who now comprise nearly 13 percent of the total U.S. population. Many seniors could use some assistance as they cope with with a variety of problems. Most common are: managing declining health, being isolated from friends and family and dealing with limited financial resources.

Despite a growing population and a growing need, service organizations devoted to the elderly among us are often undervalued and overlooked.

END_OF_DOCUMENT_TOKEN_TO_BE_REPLACED 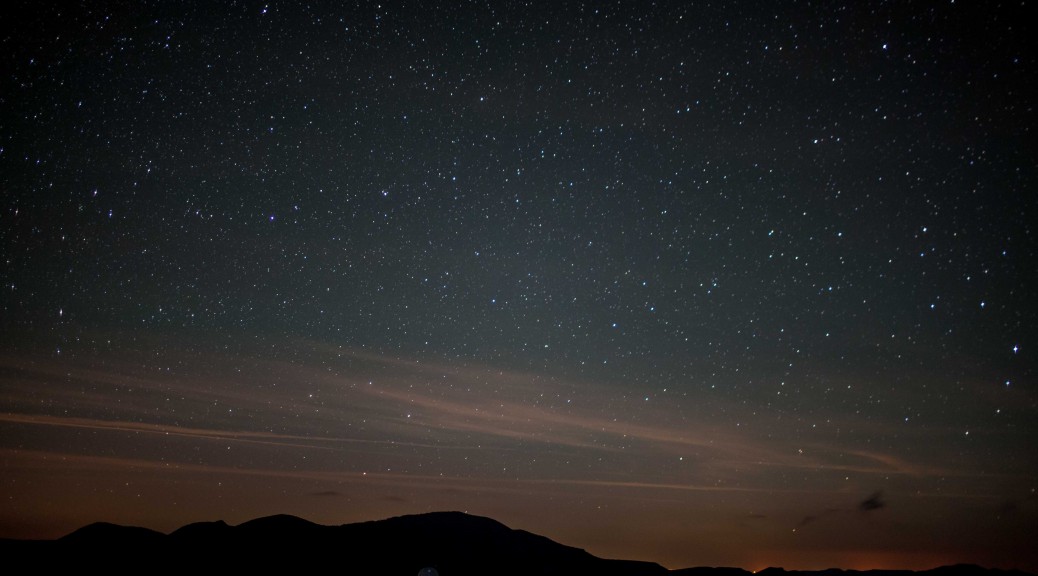 By Lizz Giordano
Engineers and astronomers at the McDonald Observatory in the Davis Mountains of South Texas are hoping their view of 1 million galaxies will shed some light on dark energy. Scientists link this mysterious and unseen energy that permeates the cosmos to the accelerating expansion of the universe.

Technology advancements are opening up entirely new parts of the skies for astronomers to study. Engineers at the McDonald Observatory are upgrading The Hobby-Eberly Telescope in preparation for their first major experiment to search for dark energy.

Over the next three years, the Hobby-Eberly Telescope Dark Energy Experiment will collect data on 1 million galaxies that are 9 to 11 billion light years away. Through these observations, astronomers will be able to measure how fast the universe was expanding at different times in its history.

How the Hobby-Eberly Telescope will search for dark energy. Scripted by Lizz Giordano/Medill; Produced by Next Media Animation.

Photo at top: The night sky at the McDonald Observatory in Fort Davis, Texas. LIzz Giordano//Medill 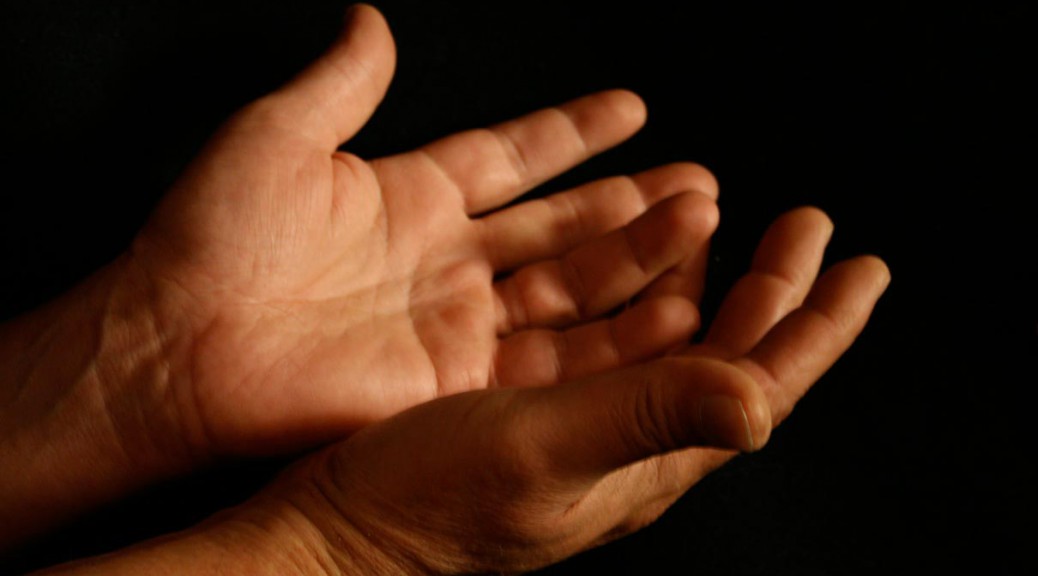 Victor, a 49-year-old restaurant manager from Bucktown, says she’s been told for years that her illness is all in her head, and that she is causing the pain herself. Now, she prefers to cope in her own way. END_OF_DOCUMENT_TOKEN_TO_BE_REPLACED