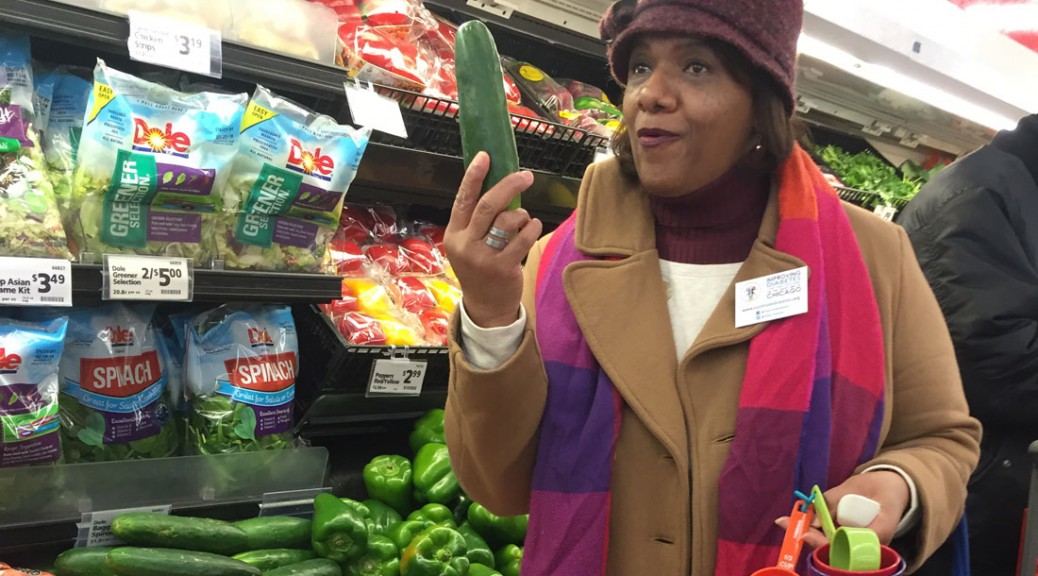 Passersby at an Auburn Gresham Save-a-Lot sport a mixture of confusion and annoyance as they squeeze past the small gathering of 10, who are listening to Mary Lucy, a dietetic technician, speak about the appropriate daily portion size for servings of fruit.

“Bananas have a lot of sugar, right?” asks Gregory Thompson, one of the participants huddled near the orange selection.

“Yes, and that’s why you can only eat half a banana,” Lucy responds, flipping through her colorful measuring cups meant to demonstrate the healthy amount of carbs.

The shoppers are here for a grocery store tour by the South Side Diabetes Project. Founded by Dr. Monica Peek and Dr. Marshall Chin of the University of Chicago, one way the project combats the high rate of diabetes on Chicago’s South Side is through community outreach programs like this one. They have formed relationships with businesses that don’t typically partner with medical organizations, like Walgreens and Save-a-Lot.
END_OF_DOCUMENT_TOKEN_TO_BE_REPLACED 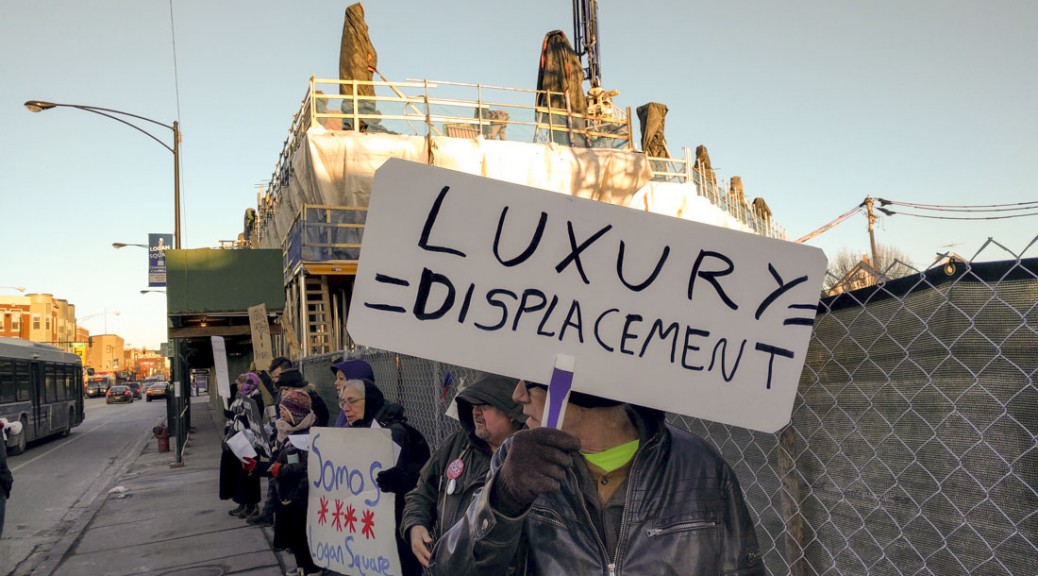 On a freezing cold Thursday morning, a dozen protesters gathered outside a Blue Line station in Logan Square. They handed out flyers to the commuters sidling by them, and they chanted.

“We are many! We are tough! Ten percent is not enough!”

END_OF_DOCUMENT_TOKEN_TO_BE_REPLACED 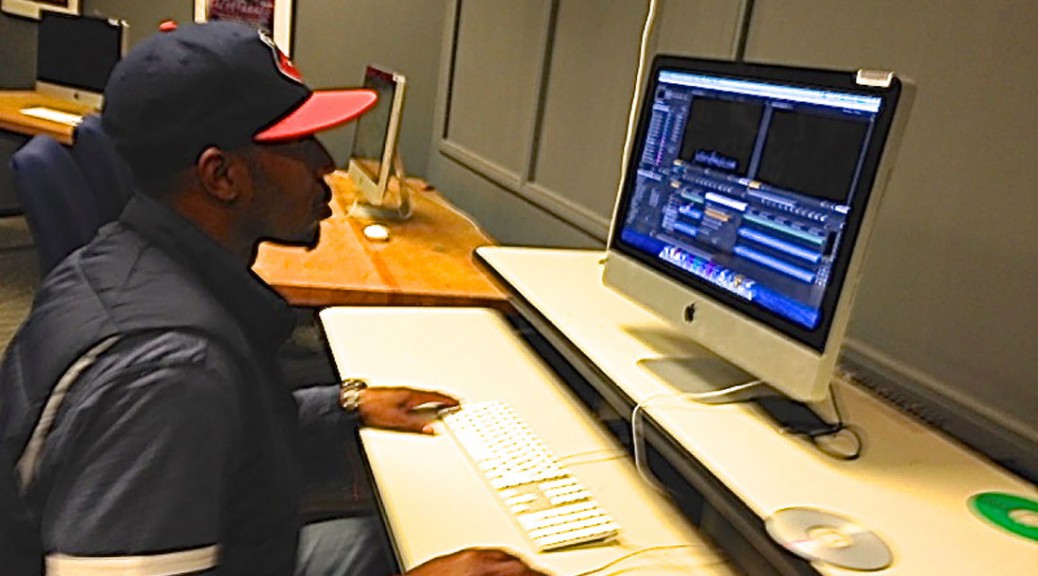 Students and faculty at public colleges are furious about being left without state funding as a result of an eight-month state budget standoff that could force layoffs and program cuts.

“[Legislators] can’t continue to use the taxpayers’ money and then look at the taxpayer and say, ‘Well, we don’t have any money.’ Those guys work for us,” said Thomas Hibbler, a junior at Chicago State University. “Take a pay cut. Channel that money [to colleges] for the next two years. Because every other year these guys are getting raises.”

END_OF_DOCUMENT_TOKEN_TO_BE_REPLACED 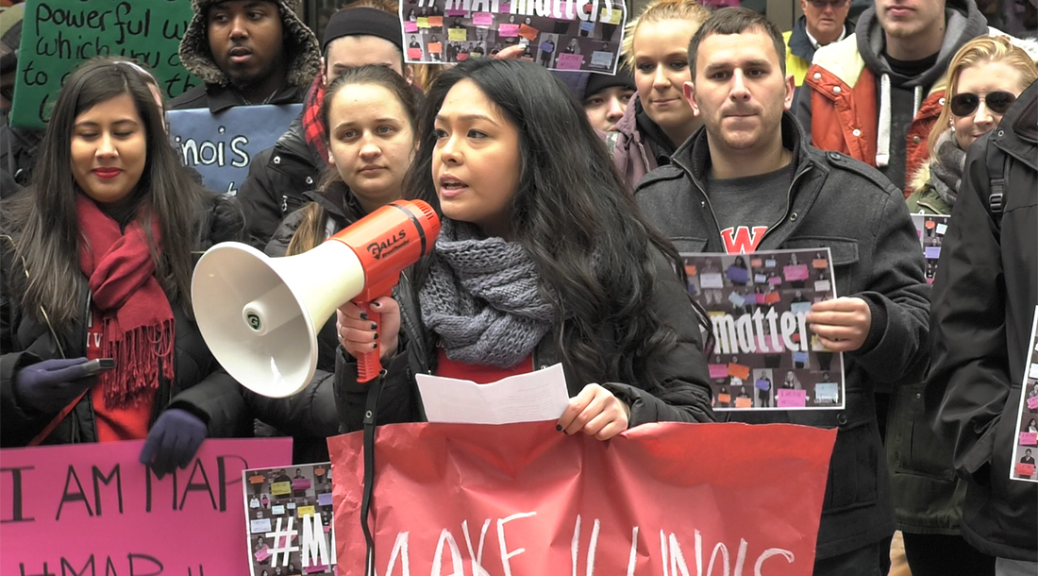 Students from about 15 colleges and universities throughout Illinois rallied at the Thompson Center on Tuesday, asking Gov. Bruce Rauner to fund the Monetary Award Program, or MAP, that thousands of students rely on to help pay college tuition.

END_OF_DOCUMENT_TOKEN_TO_BE_REPLACED 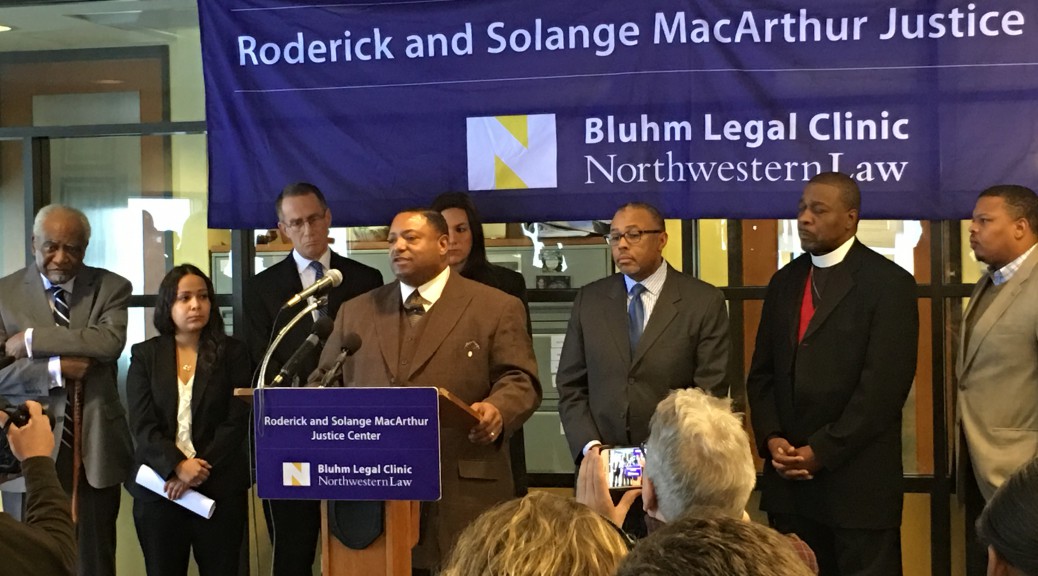 A coalition of lawyers, community activists and leaders filed a petition Tuesday requesting that the Circuit Court of Cook County remove State’s Attorney Anita Alvarez from the Laquan McDonald case.

In October 2014, Chicago police officer Jason Van Dyke shot 17-year-old McDonald 16 times, leading to his death. The city, and Alvarez, delayed the release of video footage of the shooting, causing controversy, protests and distrust among many in the public.

Petitioners say Alvarez has a conflict of interest and a bias in favor of the police. Their petition requests a special attorney to preside over the case.

In a press release, Alvarez defended her record, saying she has brought charges against 96 law enforcement officers when the facts warranted it. She also said the latest legal action is politically motivated, and not a coincidence that it was filed a month before the election for her seat.

A court hearing in the case of the petition is scheduled for February 26th. 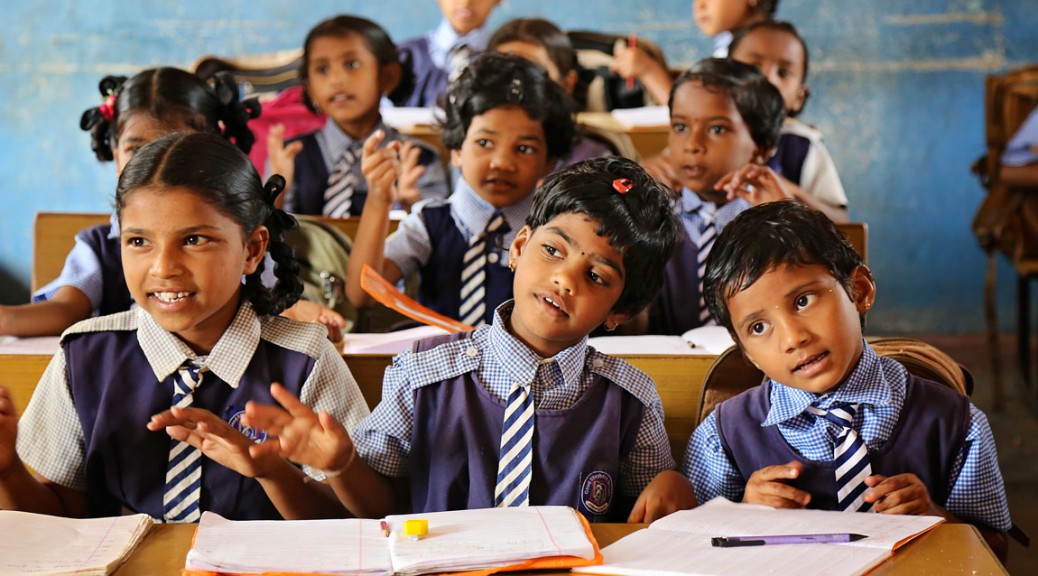 When he was 12, Abishek Jonathan visited his ancestral village in Tamil Nadu, India, and was disheartened to learn that his relatives were denied permission to build a church. The reason: being a “Dalit,” or an untouchable.

Jonathan heard about the case of Dalit Research Scholar Rohith Vemula committing suicide Jan 17 at the University of Hyderabad, India, about two days after it occurred. According to Jonathan, issues related to the ancient caste system have been swept under the rug instead of being dealt with in the urban parts of India.

“The sentence that stood out for me in his suicide note was ‘my birth was a fatal accident.’ That really hits the nail on the head,” said Jonathan, on Feb. 8, at the Moody Bible Institute Commons, where he’s pursuing a degree in Biblical Exposition. “He felt an aching emptiness as a child. There may be millions of Rohiths who are silent right now.”
END_OF_DOCUMENT_TOKEN_TO_BE_REPLACED 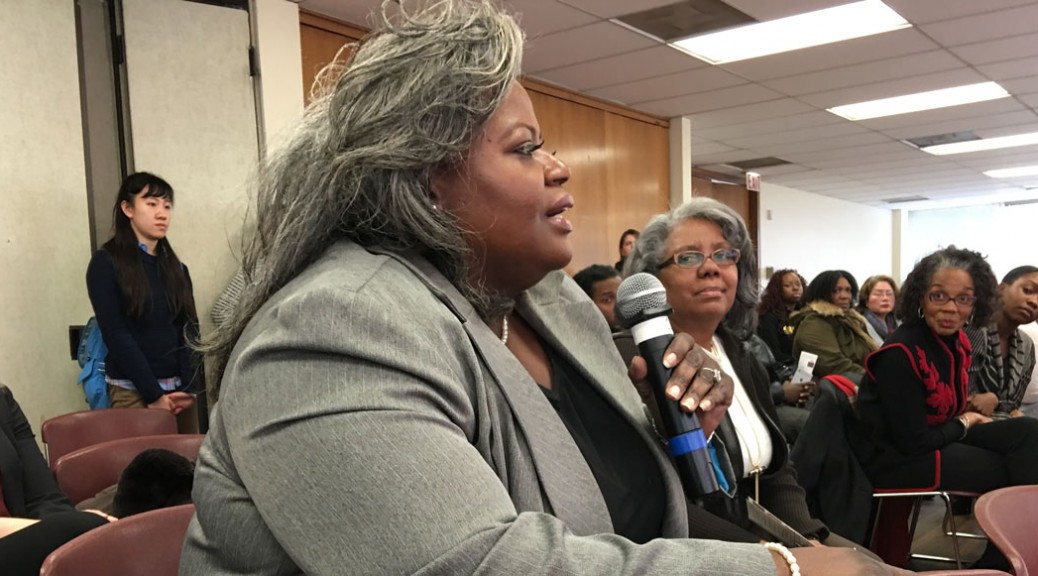 Police tactics, mental-health awareness and youth engagement were top concerns for a panel of community leaders, government officials and media personalities assembled Tuesday for a community forum at the South Side headquarters of the Urban League of Chicago.

The event, co-sponsored by the Campaign for Political Reform, comes at a low point in the relationship between city government and residents. Persistent crime, lack of jobs and decreased government services coupled with several recent high-profile police shootings, including the killing of teens Laquan McDonald, Quintonio LeGrier and Cedrick Chatman have contributed to the rocky relationship. The panelists, who each brought a different professional perspective, helped workshop solutions but acknowledged the complexity of the problem.

“It’s devastating to see the lack of trust,” said Alexa James, executive director of the National Alliance on Mental Illness Chicago, a mental health organization. “We have years and year of work to be done. This is a significant culture change.”

END_OF_DOCUMENT_TOKEN_TO_BE_REPLACED 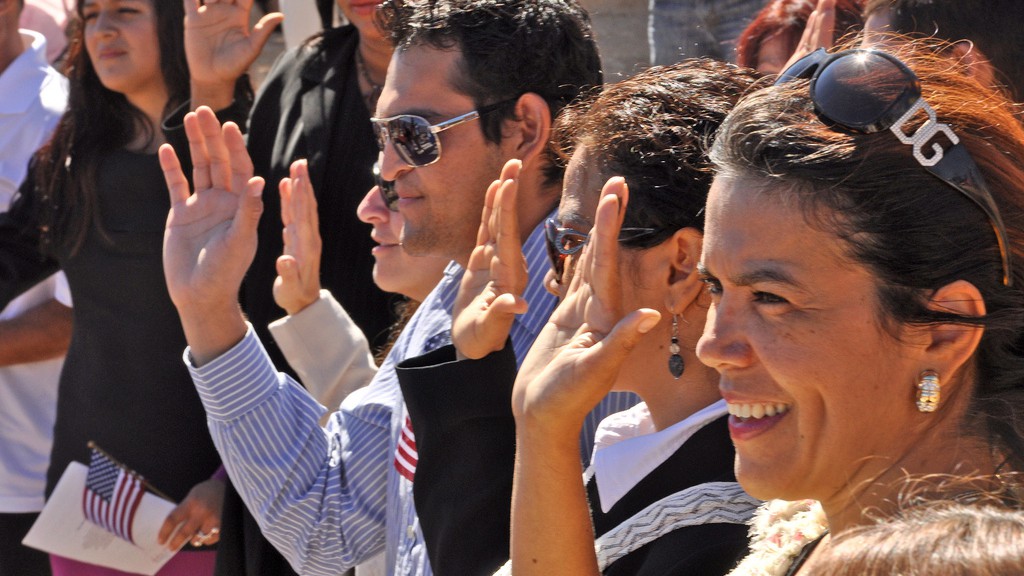 The consistently growing population of Hispanics in Illinois, paired with an unprecedented number of eligible voters, have local activists involved in Hispanic outreach looking for ways to engage this voting bloc.

“This is something we’ve been anticipating for a very long time,” Celina Villanueva, who runs voter engagement programming at the Illinois Coalition for Immigrant and Refugee Rights (ICIRR), said of the growing Latino constituency. “This is a voting bloc that really hasn’t flexed its muscles to the full capacity.”

According to the Pew Research Center, there were 708,000 eligible Hispanic voters in Illinois in 2008; for the 2016 election cycle there will be 951,000. That’s 34 percent more eligible voters over an eight-year period, and 44 percent of the total population of Hispanics in the state. The think-tank ranked Illinois the 11th highest state for percentage of Hispanic voters.

END_OF_DOCUMENT_TOKEN_TO_BE_REPLACED 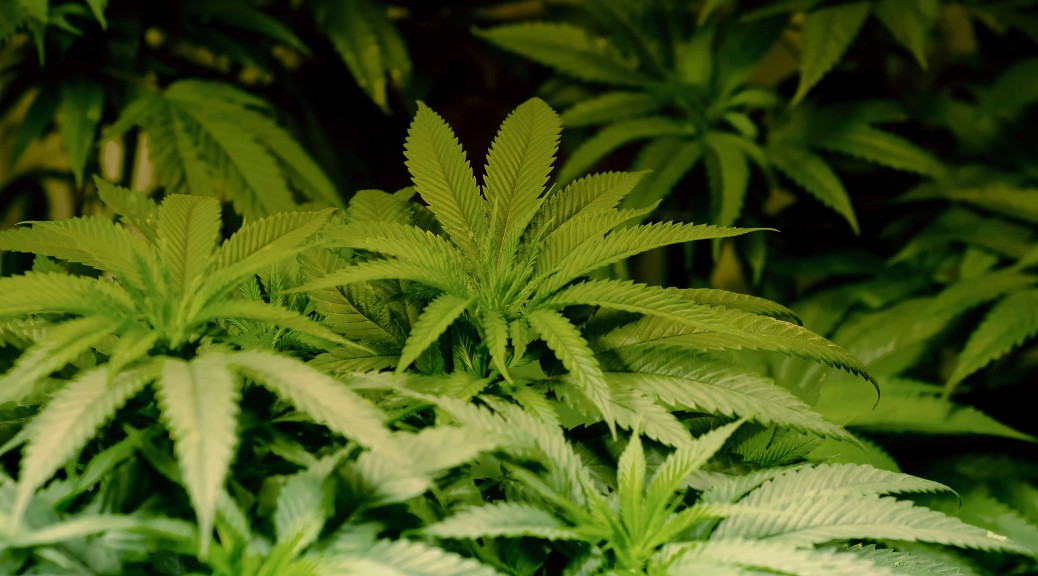 In 2015, David So received the license he needed to open ICR Labs to test medical cannabis to comply with FDA guidelines.

ICR Labs was the first marijuana-testing lab to be authorized for a license in Illinois. Before he opened for business and began testing recently legalized medical marijuana, So realized that there just wasn’t enough product to test to make the business viable.

“I pretty much had everything ready,” So said. “At the push of a button I would have been up and running, but I’m very glad that I didn’t.”

END_OF_DOCUMENT_TOKEN_TO_BE_REPLACED 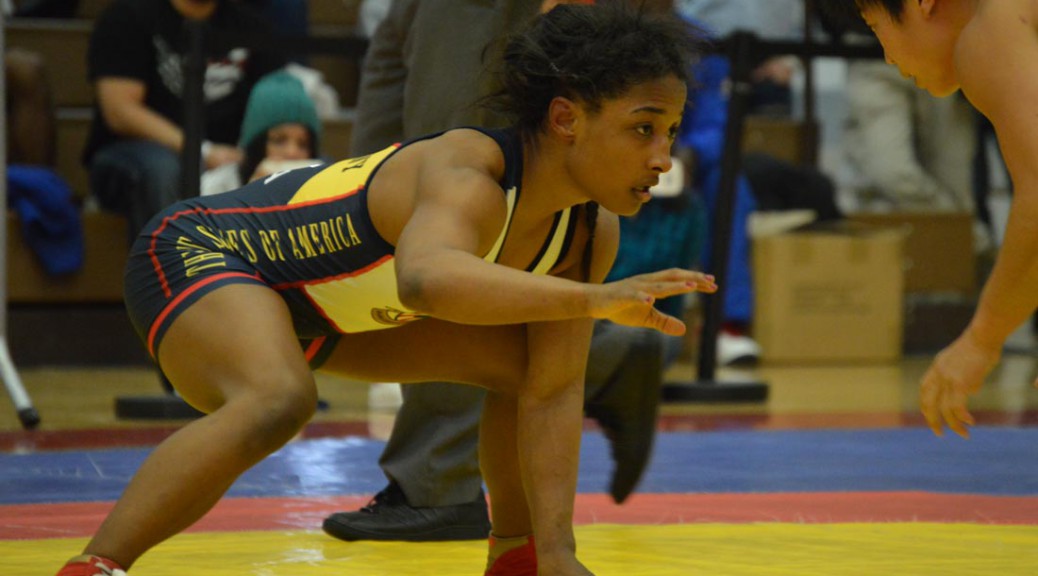 Most women simply aren’t encouraged to participate in male-dominated sports. Even the few who do won’t get the opportunity to represent their country in the Olympics.

But Victoria Anthony may be the exception. The 24-year-old freestyle wrestler said she’s been competing for 10 years and has had her mind set on the Olympics since she was a child.